On August 13th, ACME held the first internal training session for the SPOTRACK TrACME tracking system at its headquarters in Foshan. We were delighted to welcome Mr. Liam Feeney, General Manager of the SPOTRACK Tracking System in Ireland, to train our team in person. 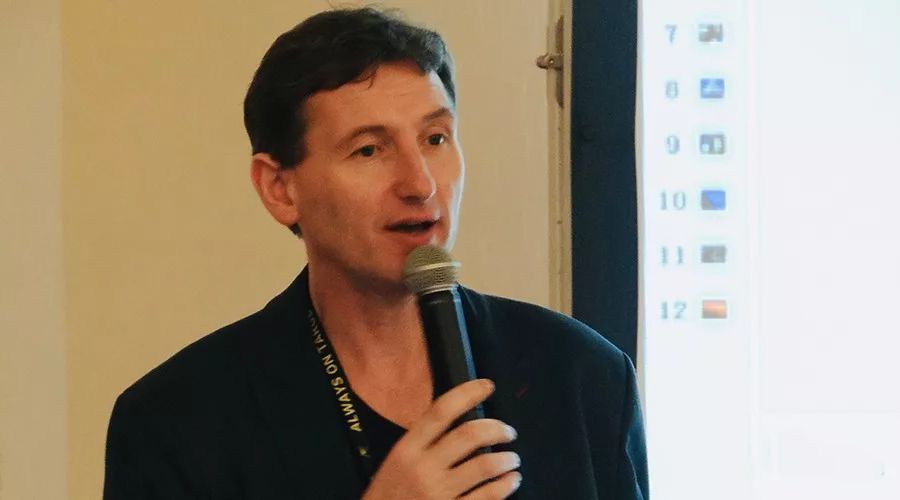 Before the official start of the training, Mr. Feeney gave a brief introduction to the SPOTRACK concept. Traditionally, the follow spot is a large, manually controlled luminaire, each with its own operator. The follow spot is usually located in the upper part of the venue where space is tight and access often difficult. Often, the operator has to access the follow spot by climbing a ladder or hanging in a suspended chair - a very inconvenient situation.

SPOTRACK was born to solve this situation. It requires only simple equipment and operation to allow a moving head luminaire to be used as a follow spot, controlled remotely, with smooth and precise operation. However, SPOTRACK is more than just a tracking system - it is also a tool specially designed for lighting designers. It gives the lighting designer the ability to draw the stage and the set, just as the painter draws the canvas, and paint it with light. The luminaire is free to switch between chasing and scenes by changing the color, intensity, shape of the beam, or following the performers. SPOTRACK tracking system has been widely used in Europe, America and Australia, and is very popular among lighting designers, TV programs and stage performances.

In 2019, SPOTRACK officially established a close cooperation with ACME, and specially customized the SPOTRACK TrACME dynamic tracking system for ACME. It is compatible with any controller or moving head luminaire. At ACME’s exhibit at the 2019 GETshow Guangzhou Exhibition and 2019 PALM EXPO Beijing Exhibition, we used the ACME XP-5000SZ NF with the SPOTRACK TrACME system for demonstration at the show. 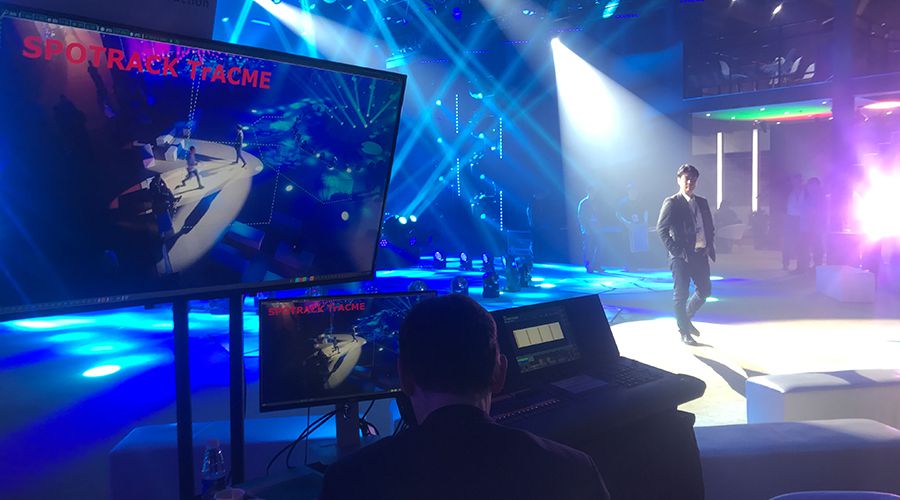 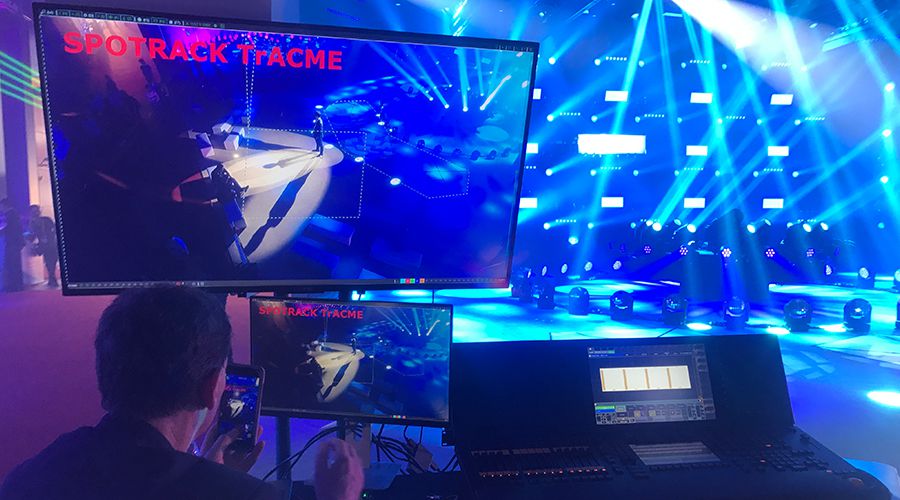 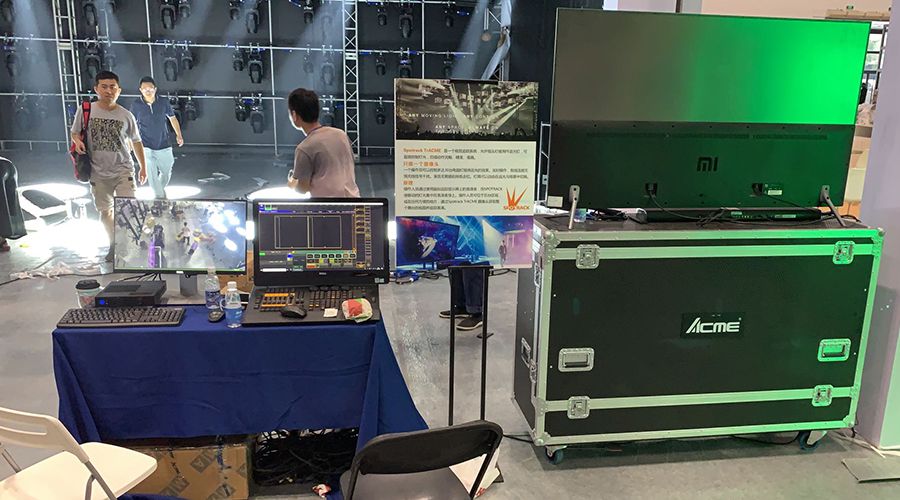 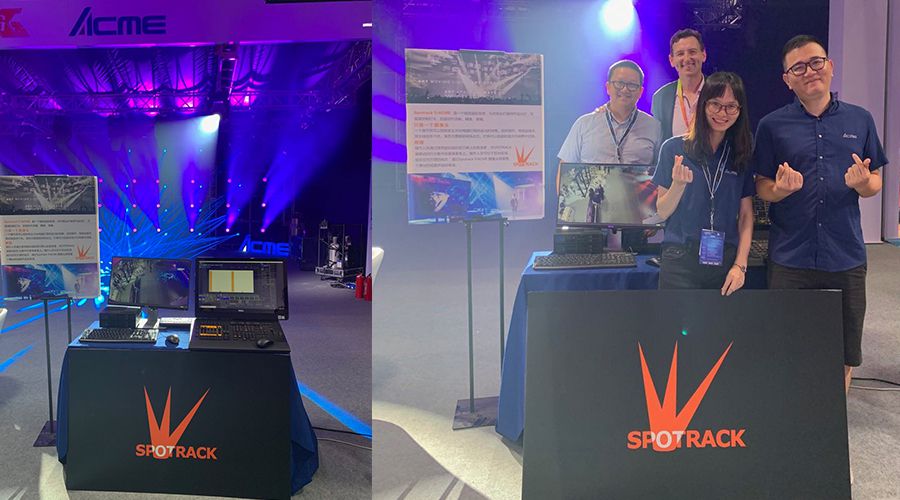 
For this internal training, we used the ACME XA-1000 BSWF. By setting the channel of the luminaire in the SPOTRACK TrACME system, the operator can use a mouse to track the performers on the display, and the SPOTRACK TrACME system makes the XA-1000 BSWF luminaires move and concentrate on the performers. Moreover, the operator's working environment can be safely and conveniently located anywhere in the backstage area, with a view of the entire stage through the HD camera.


The advantage of SPOTRACK TrACME is that it doesn’t require the stage to be flat, or any measurements on the stage area. The user does not need to know the angle of the camera, or even the size of the stage - they just need to point the camera at the area they want to track: the rest of the work is done for you. Multiple moving lights can be used simultaneously to point to one performer, all operated in real-time. The performers do not need to rehearse in advance. Moreover, the wired connection of each device means the system is free from interference from wireless signals.

With SPOTRACK TrACME, follow spot lighting is endowed with creativity. It can work for a long time and be remotely controlled, it can be set up in areas where human access would be difficult; operation is simple and convenient, and it improves work efficiency and safety, as well as saving manpower and equipment costs. 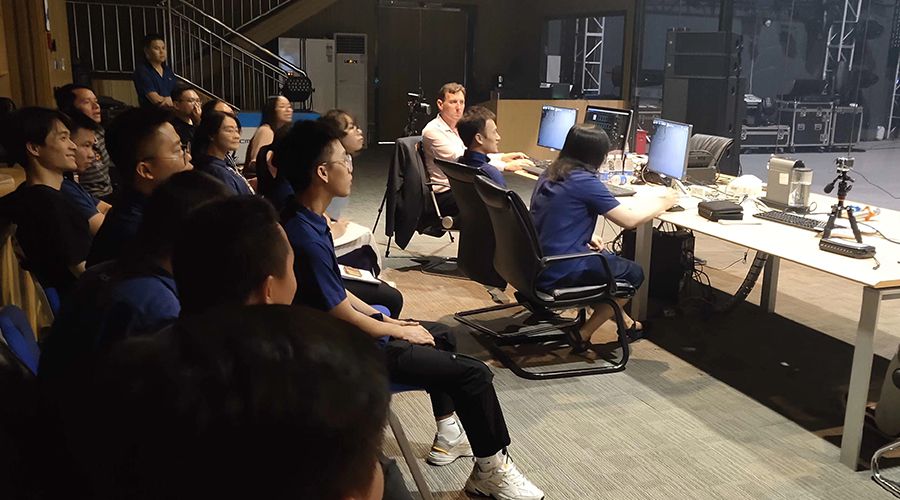 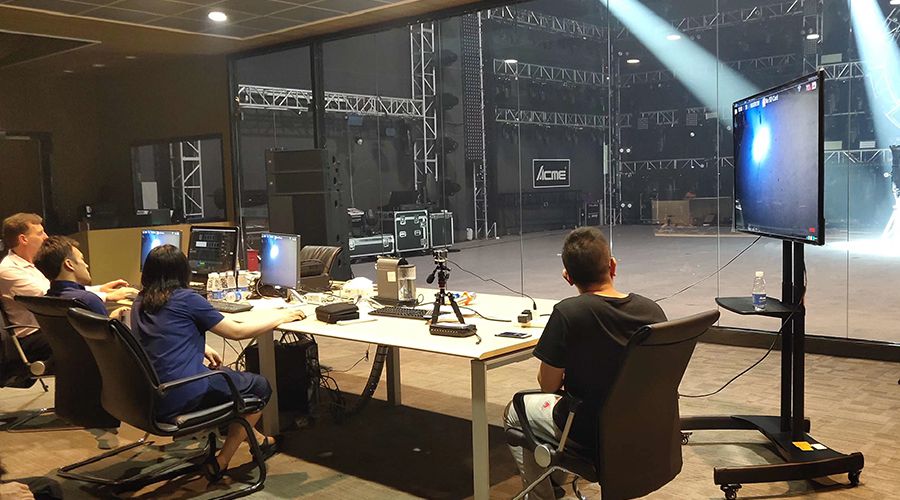 During the fascinating training session, the trainees learned to implement the SPOTRACK TrACME tracking system on the spot, how to set up the tracking system in the console and how the lighting designer employs the system during a performance. The more the students understood the system, the more they saw how intuitive it is. Even if the two follow spot lights are switched, they can be seamlessly connected, and the spot projected on the performer can be accurate. The grounds overlap. 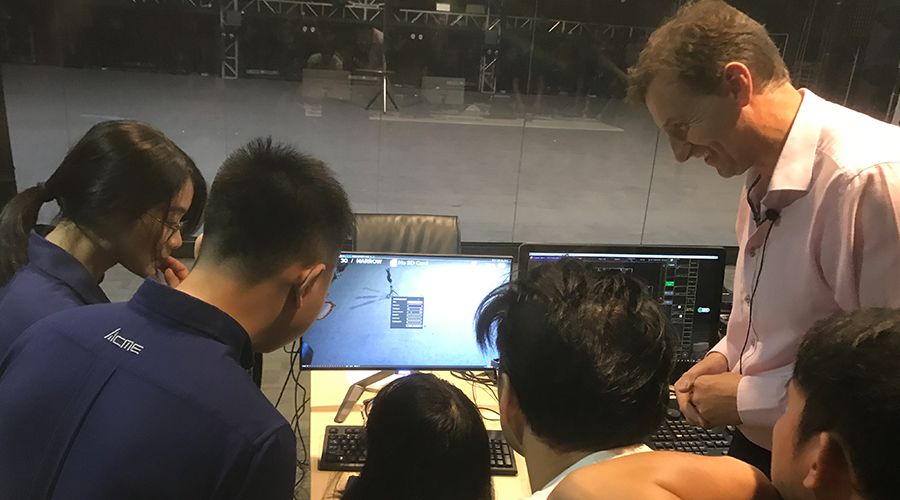 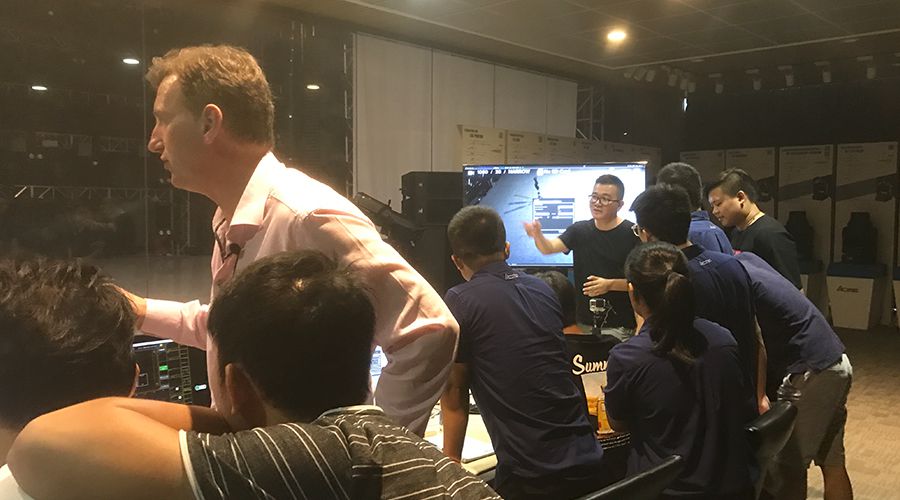 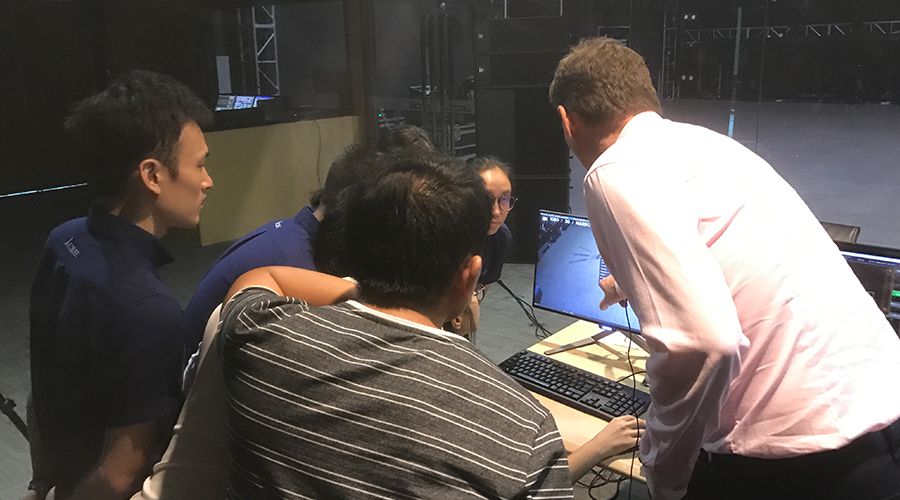 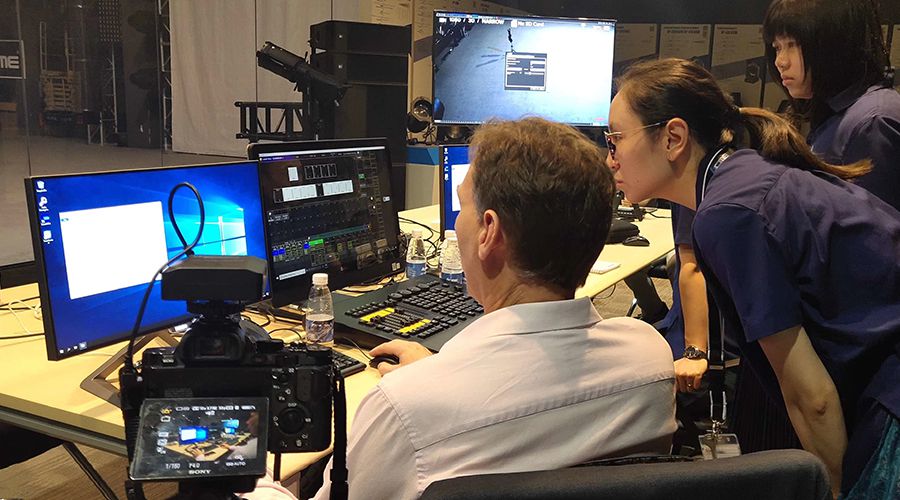 We all look forward to the next in-depth training from Mr. Feeney! 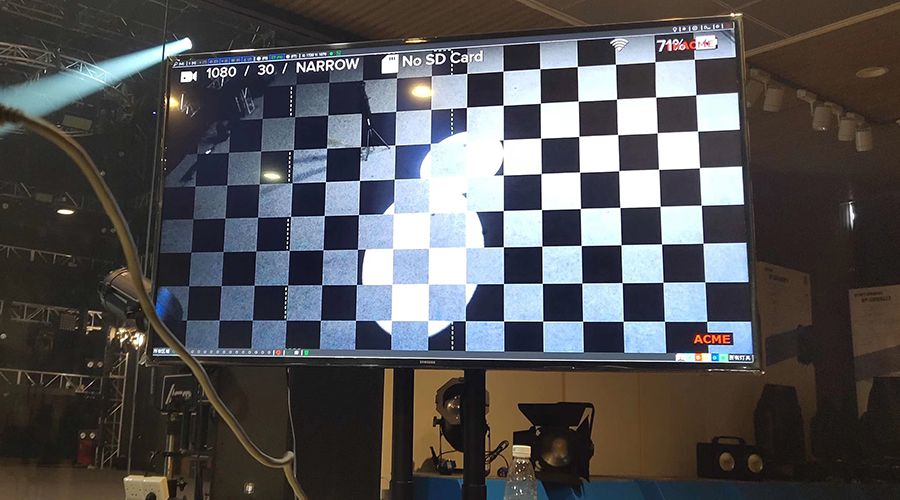 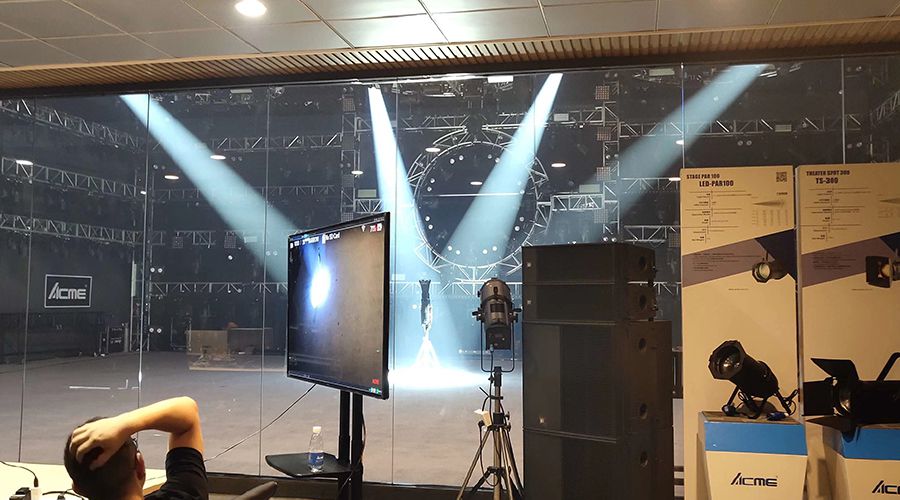 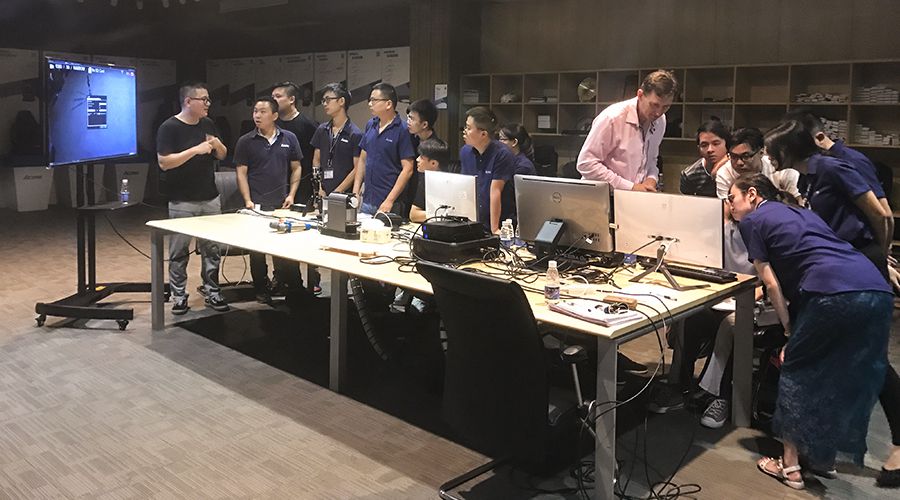