2021 GETshow is Coming! ACME Direct the Feast Together With You! 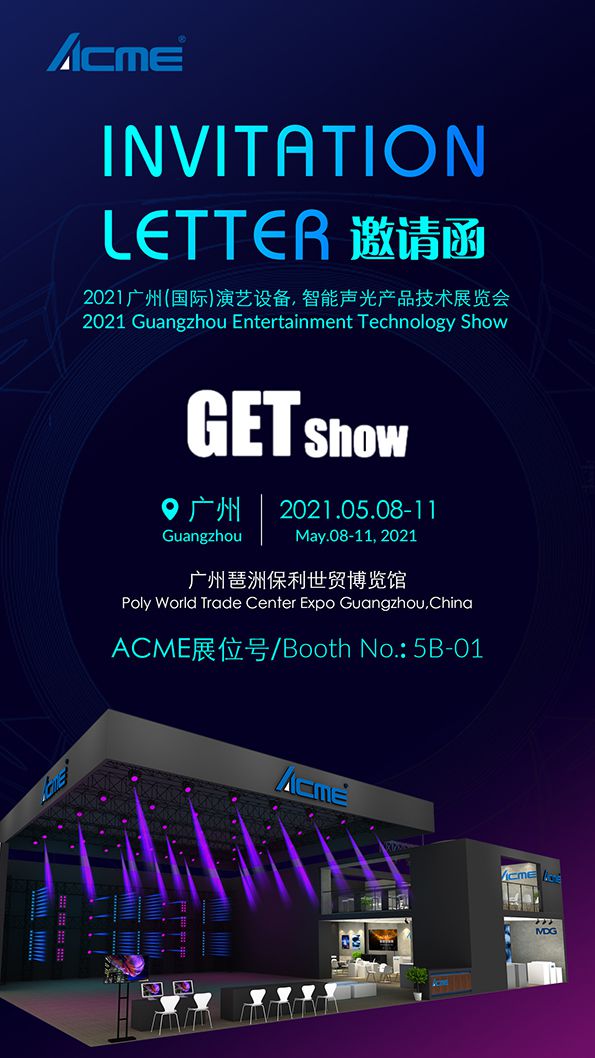 In this hot summer, 2021 GET show come, the show will enter Guangzhou Pazhou Poly World Trade Center and made the commercial debuts.

And what firework will ACME produce in this show?

What power and grand view will ACME perform?

Would you be willing to face the shock of the rain storm?

The wind rose and the clouds began to gather.

The curtain is putting up.

Welcome heroes from near and far.

Highlights of the show
01.
Surprise appearance of ACME hot items and new items. 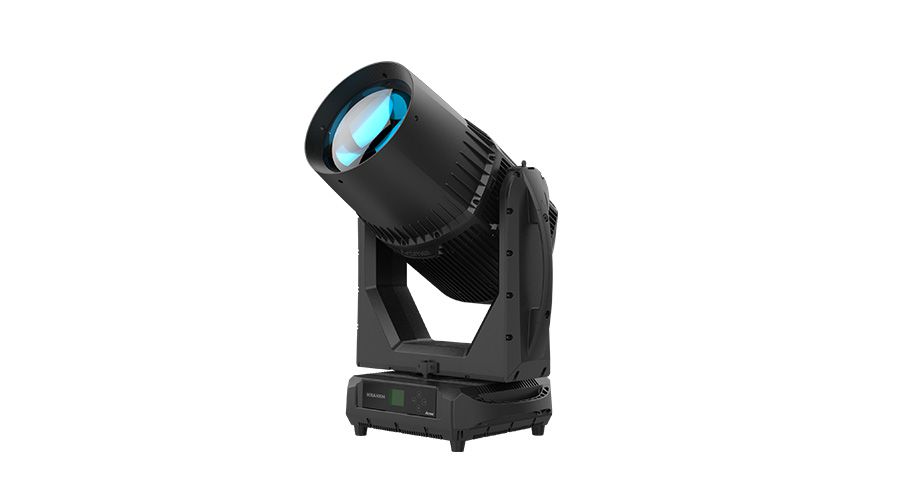 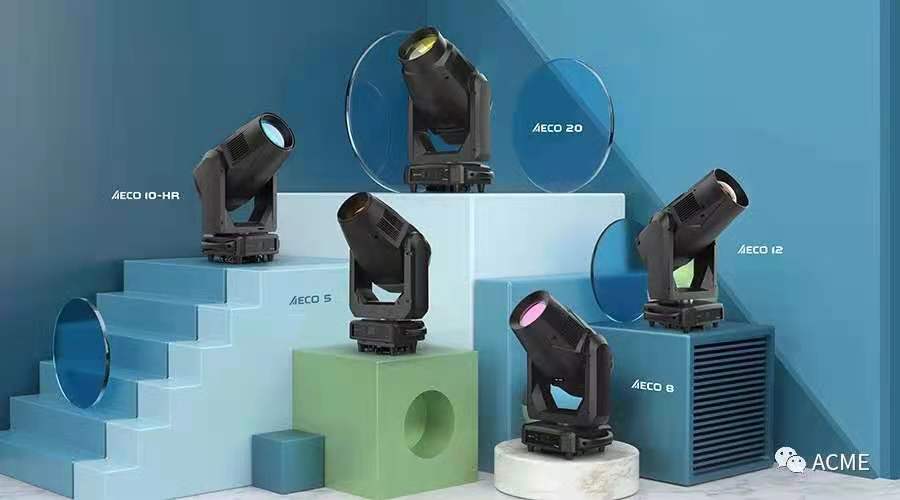 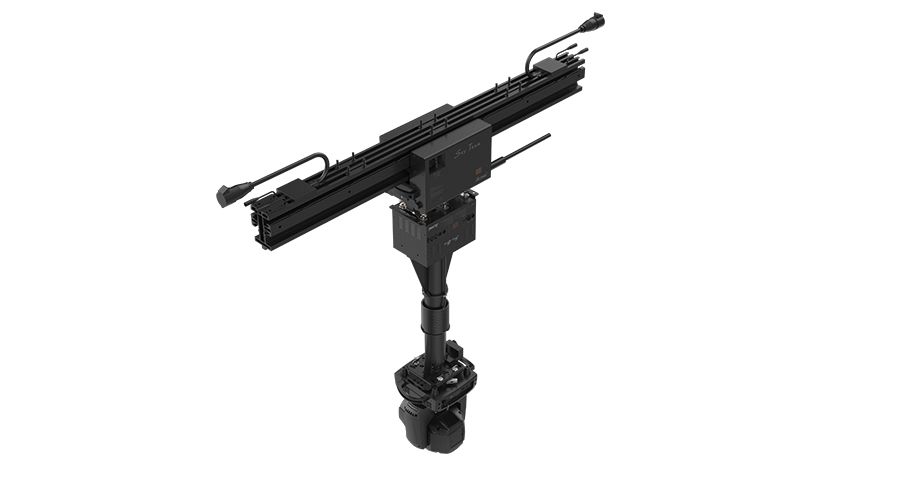 Many new products will show one by one, please look forward to! 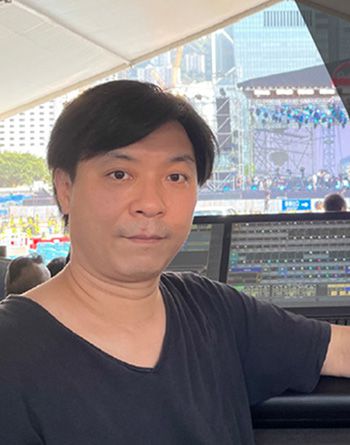 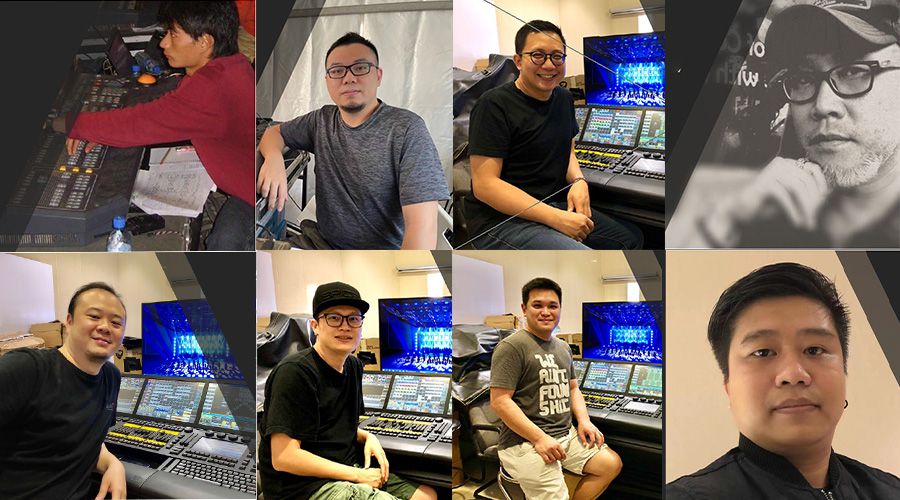 They have been engaged in the lighting industry for many years and created many large-scale concerts and brand events.

At that time, the world's top fog machines-MDG Canada fog generator, will appear together with ATME, ME1, ME2, and ME4, they will also provide visual enjoyment the whole place.

The opening of the grand ceremony is also a joyous occasion. 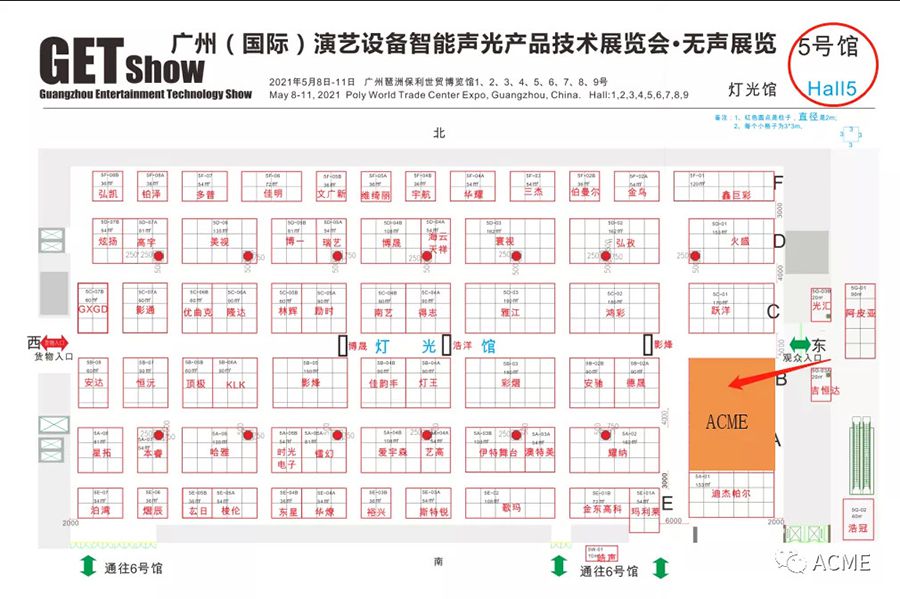