Anticipation heightens, the drums are pounding a beat, and the lighting follows the percussion. Then the moment the crowd waited for: in a flash, the artist makes a surprise entrance as she hurtles into view from behind the stage, launched into the air and landing feet-first onto the arena stage. Billie Eilish has kicked off a new show on her Happier Than Ever, The World Tour 2022. 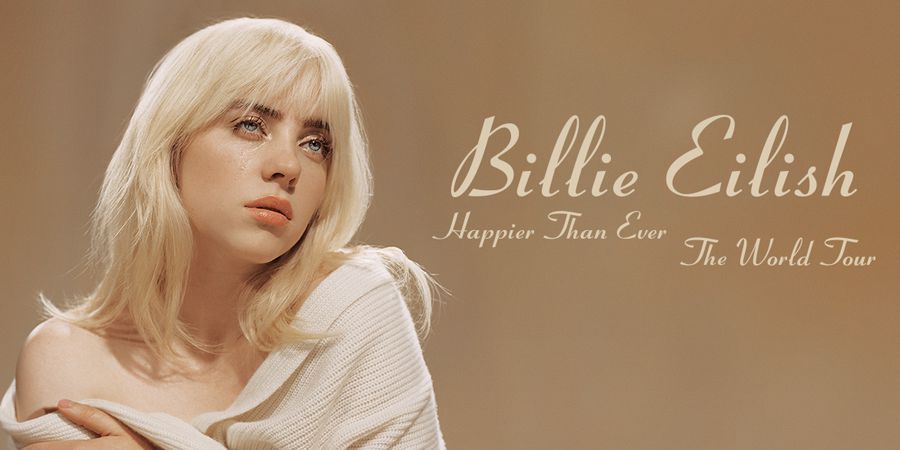 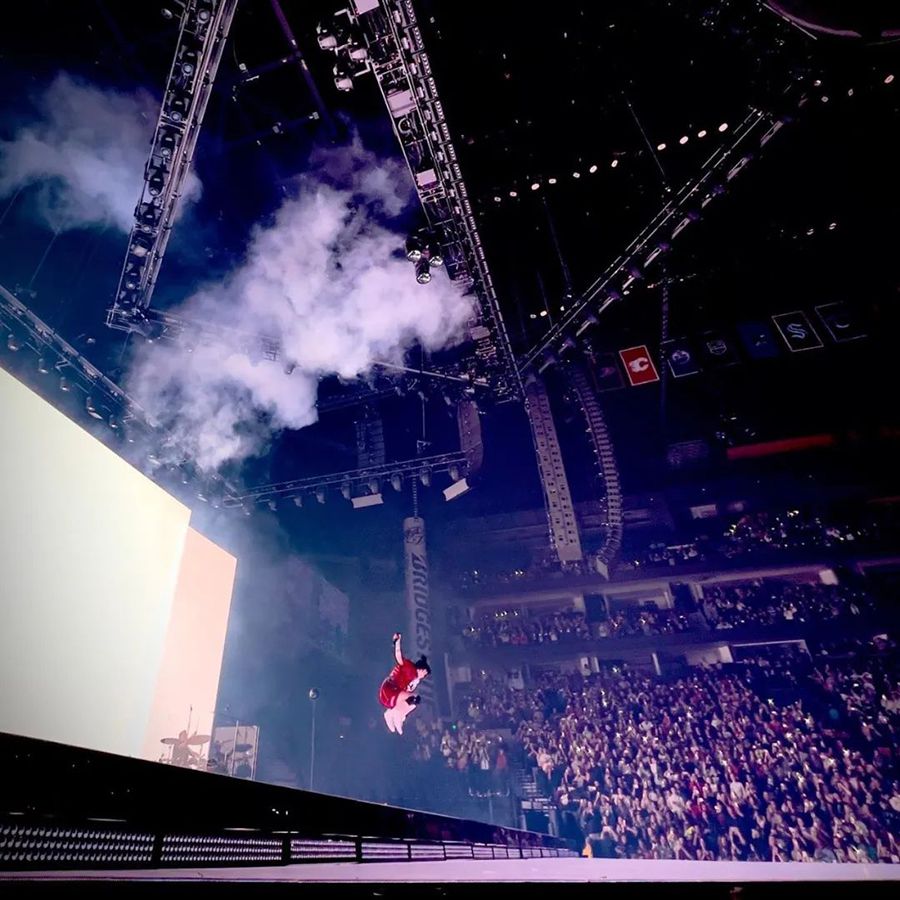 Lighting Designer Ben Dalgleish from Human Person and Lighting Director Tony have caporale about the collaborative process with Moment Factory on the entire creative design, direction, content creation and operation. The production comes to life each night through lighting vendor Upstaging, video vendors PRG and Vis-A-Vis Video, TAIT staging, SPGS automation, and special effects by StrictlyFX. ” The tour was of course timed with the release of her new album Happier Than Ever, which is an album that travels through many different musical styles. I knew coming into the show that we would have the opportunity to create unique lighting for heavy rock, dance, even Bossa Nova moments. The design had to be flexible to work with all those different styles; pretty one moment and subtle as a sledgehammer the next. 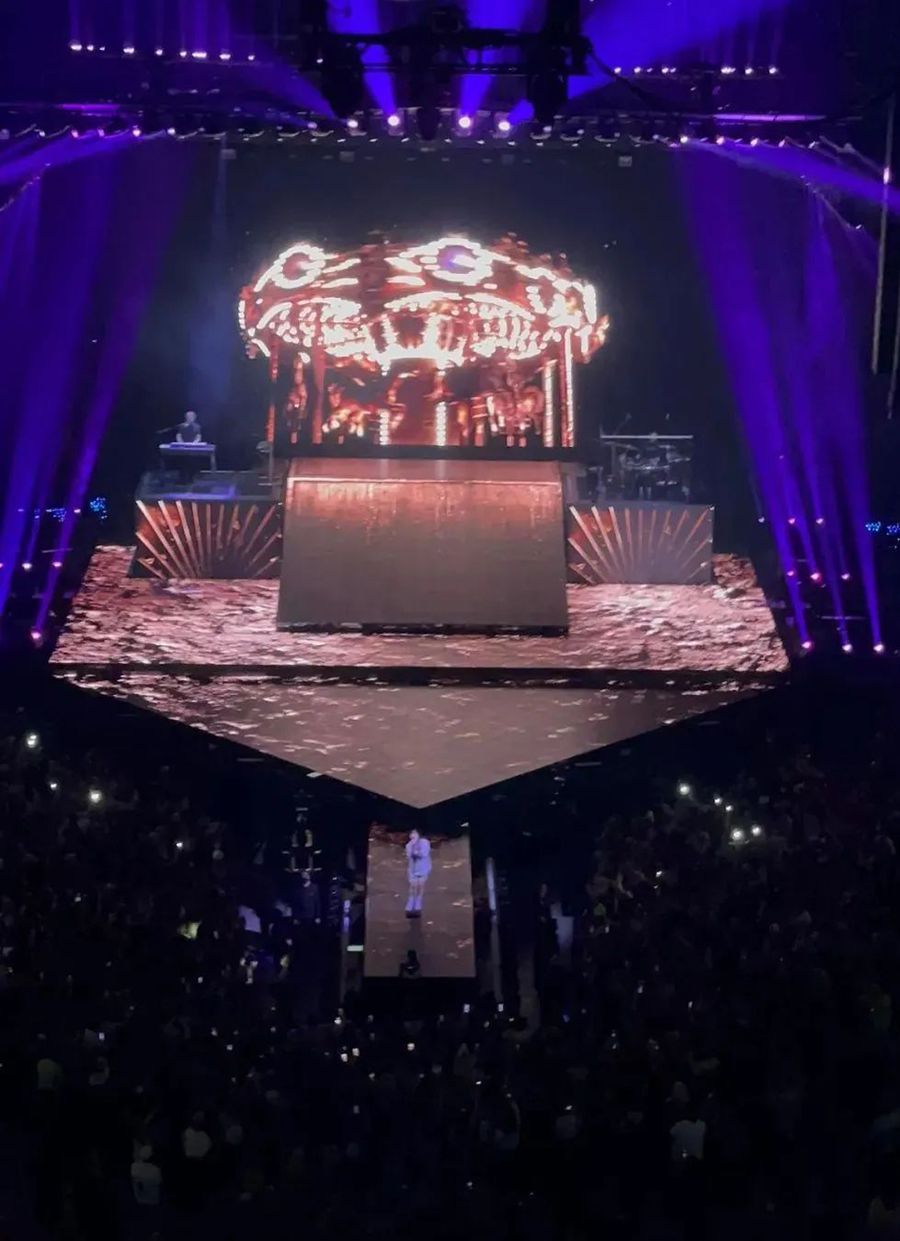 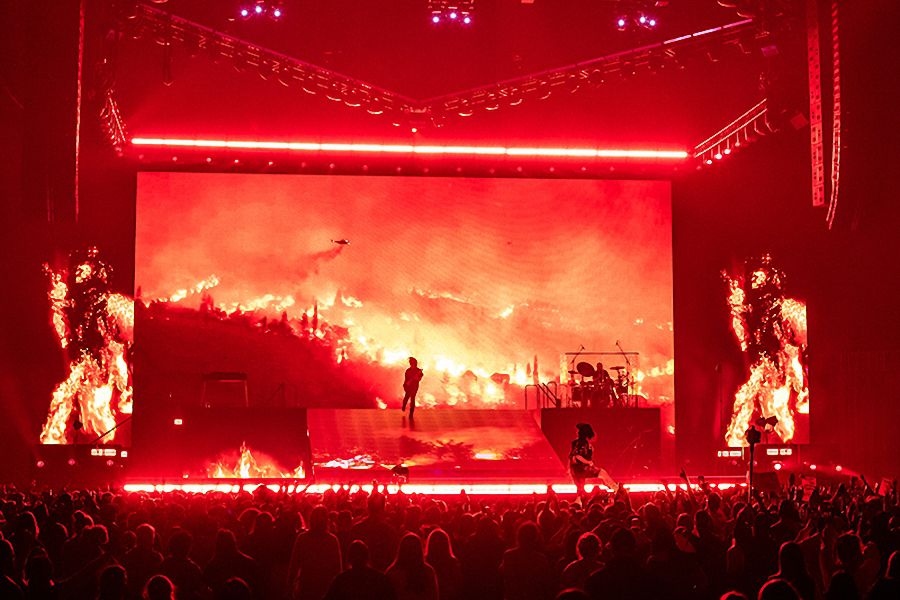 Talking about the new fixture ACME Gemini, he was blown away by how effective it could be in multiple uses. It’s a strong linear fixture. When lights are hung end to end, it creates a curtain of light, but also has an effective zoom. Of course, the secret sauce in that fixture is that it has the white strobe on the back side of the head, having infinite pan and tilt was an effective look. He was trying to make combinations of lights using multiple fixtures. The other look would be “Goldwing”— took inspiration from the song and the visual created, to create an interesting look that featured the Gemini fixtures as if they were bending light, which was masterfully programmed by Kasper Iseger. A lot of time was spent trying out looks and essentially, we would be on version five of the song until we were happy with it in the lighting programming. 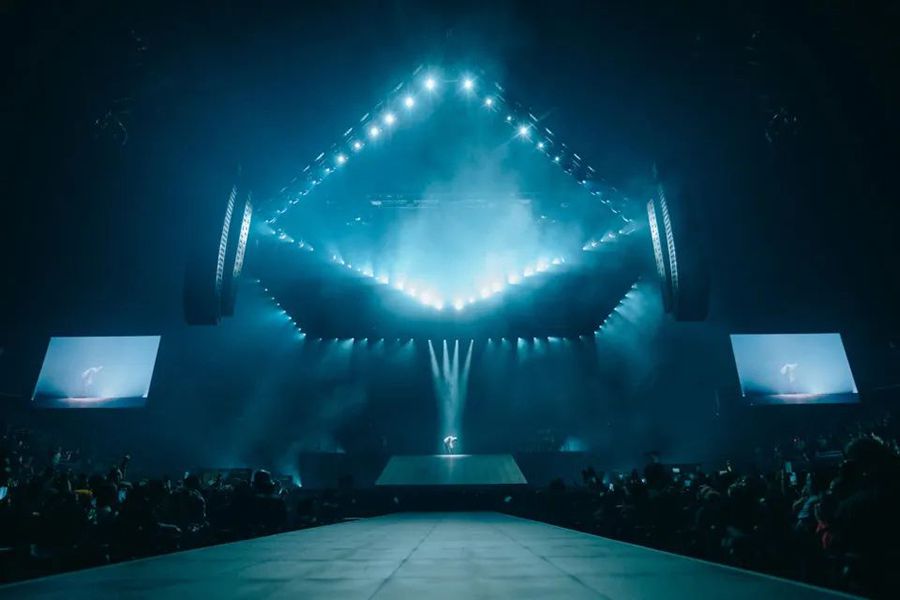 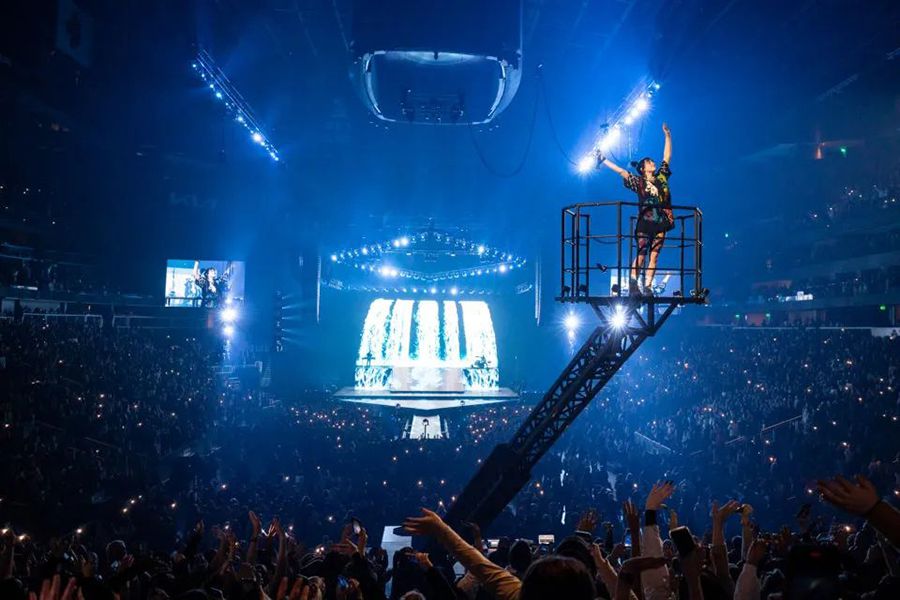 Tony Caporale, the Lighting Director also comment :”We knew out of the gate we wanted a lot of each fixture type. It always made me laugh because I would be like, “Ben, these Acme Geminis are great, have a look.” After he’d check them out, he would ask, ‘How many we could get our hands on?’ Since there is a gigantic video look, we definitely knew there had to be a lot of powerful fixtures selected to make sure lighting’s presence still felt strong. You know you’ve done something special when we get all sorts of questions about those fixtures on social media; they’ve definitely been a work horse for this tour! 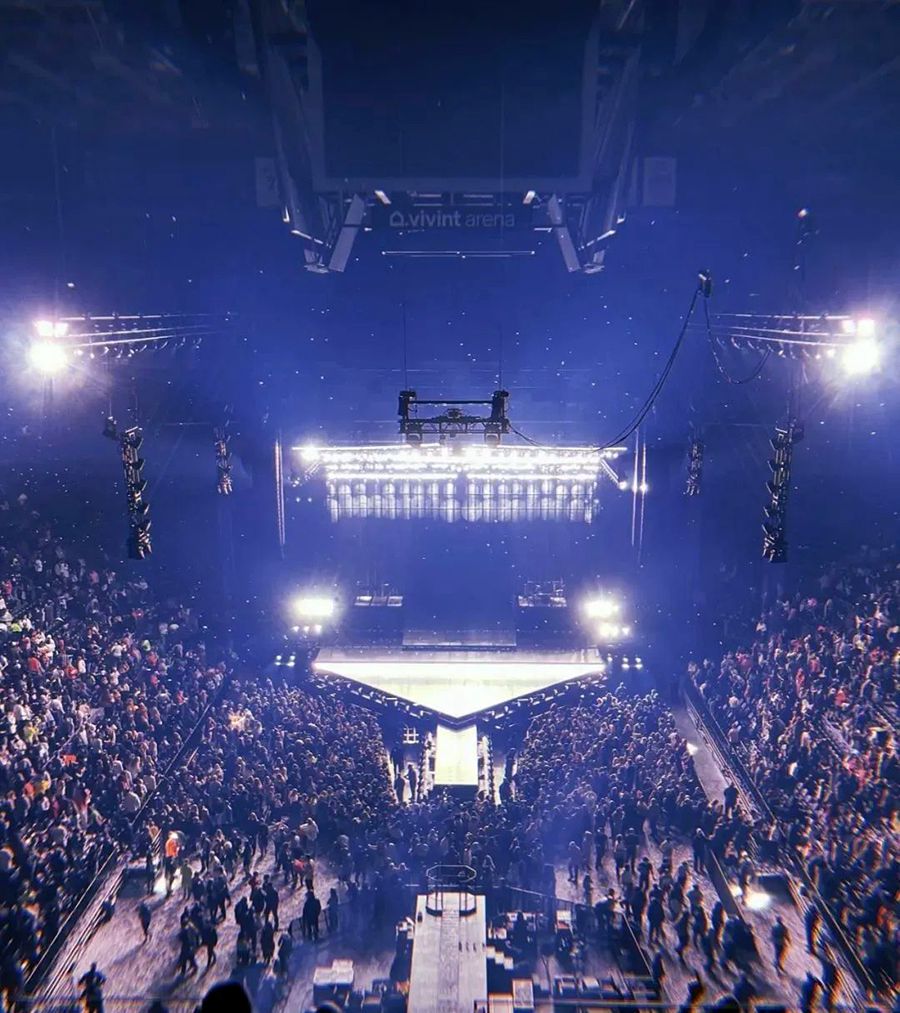 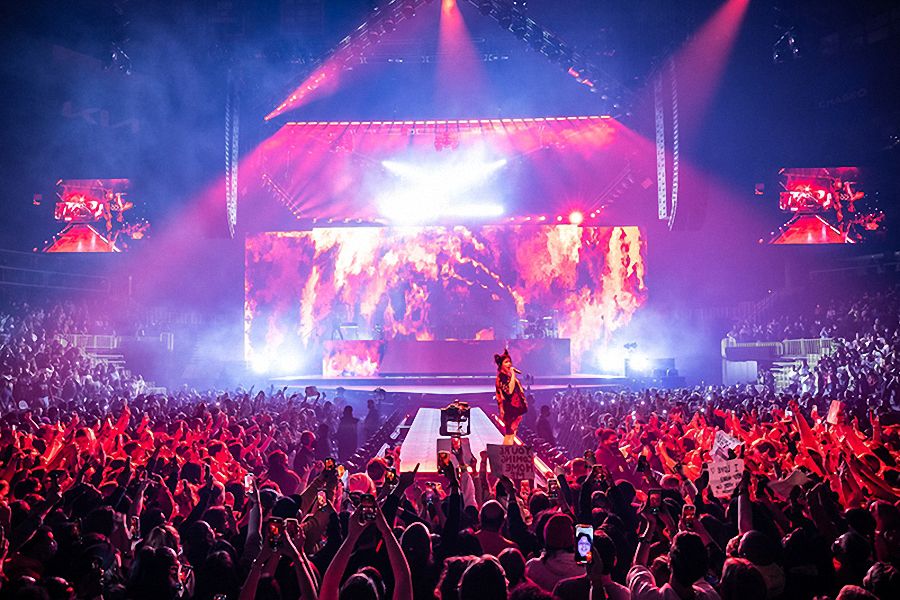 “We definitely had to think differently. This show has always been huge on screen visuals so Ben wanted to implement a powerful enough lighting design to stand up to it. The Vanish LED video choice he and Moment Factory made played a big part because we were now able to put automated trusses behind a big video look, so we ended up using four automated HUD trusses with Acme Geminis behind the video wall was a great touch because they are a double-sided fixture with RGBW LED on its front side and an Atomic Strobe-like portion on the back side of the fixture and it can do infinite pan and tilt! So, when you have a gadget fixture such as that with Kasper’s programming, the looks we got were super unique. You know you’ve done something special when we get all sorts of questions about those fixtures on social media; they’ve definitely been a work horse for this tour!” 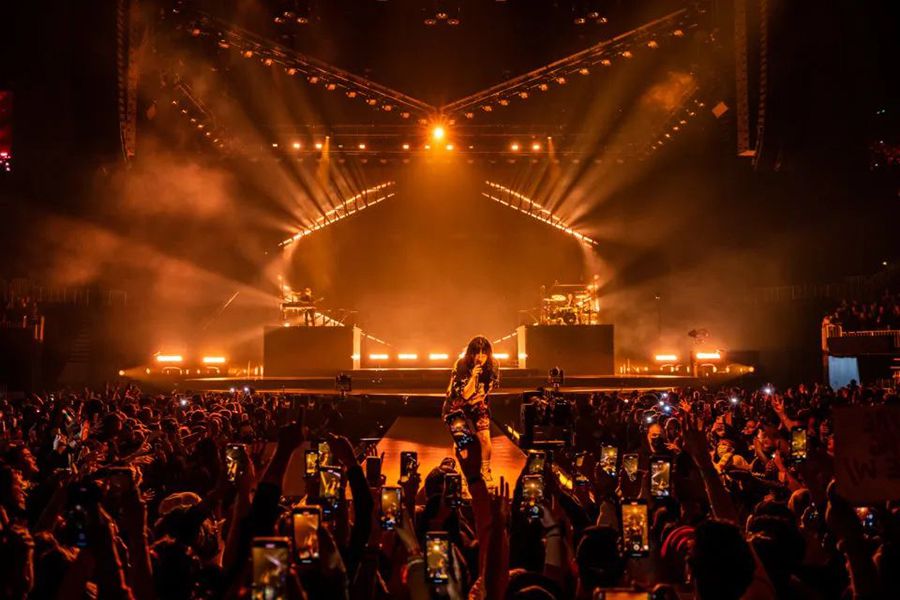 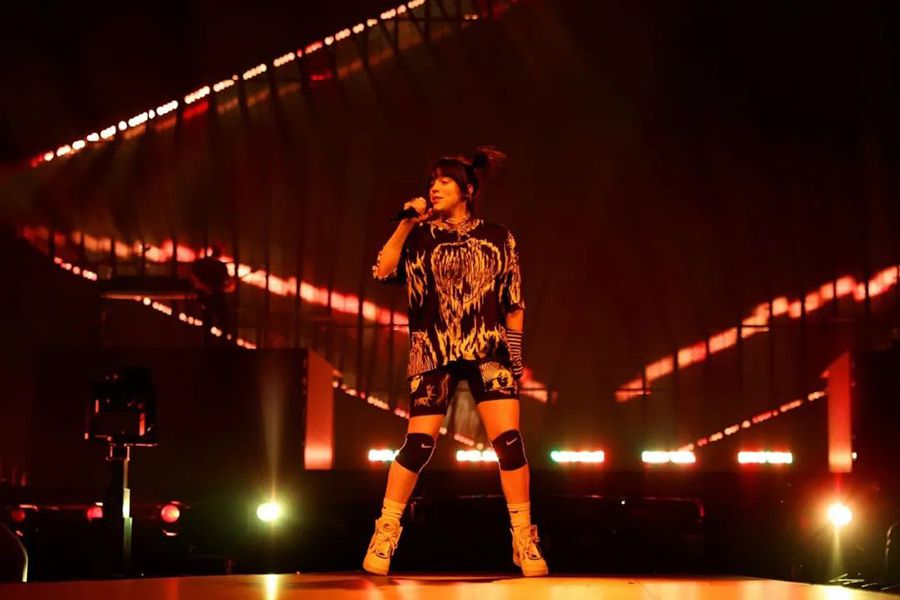 One of the favorite part has to be the Gemini blow-through look for the song, “Lost Cause.” It was one of the songs we reprogrammed a couple of times trying to get the right look. It was originally supposed to be all I-Mag on the main video wall but Kasper did this tilt effect with the Geminis through the wall when it was turned off and we had the trusses behind the video wall in a diamond formation and we discovered this extremely powerful look with them. We loved it so much we pleaded to get that look into the show. After some discussion we would then trade off the lighting look with the I-Mag video in certain portions of the song back and forth. Sometimes you find these kind of things randomly! 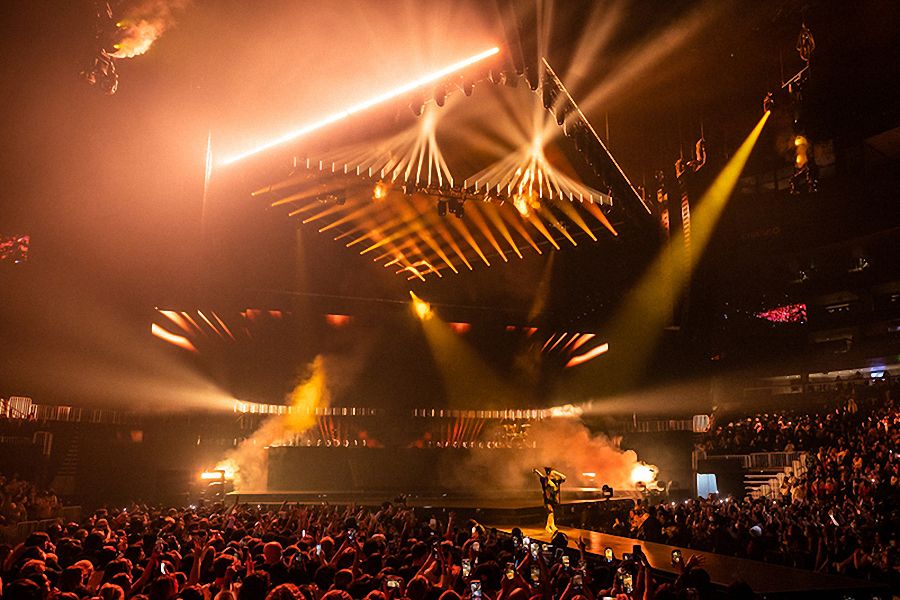 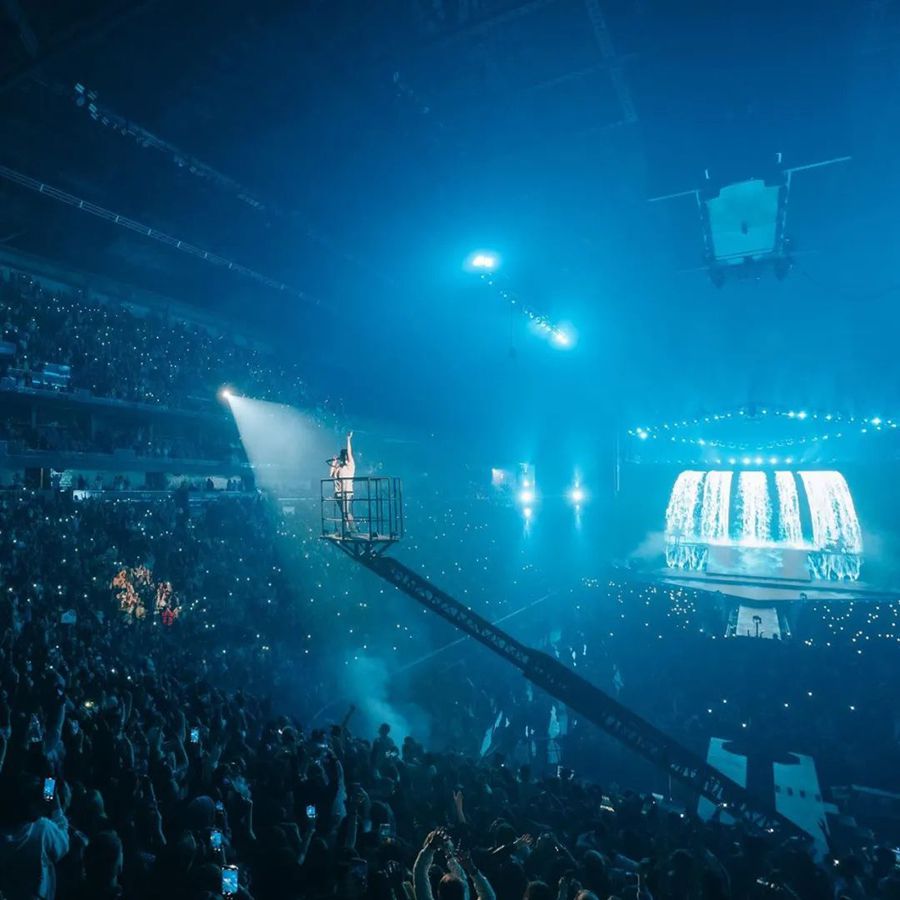