It's been a busy year for the British rock band Coldplay, which formed in London in 1996, led by singer Chris Martin, bassist Guy Berriman, guitarist Johnny Bonlan, and drummer Will Chapin. In support of their 9th studio album Music of the Spheres and marking a return to live performance after the COVID-19 pandemic, the Music of the Spheres World Tour is currently ongoing. 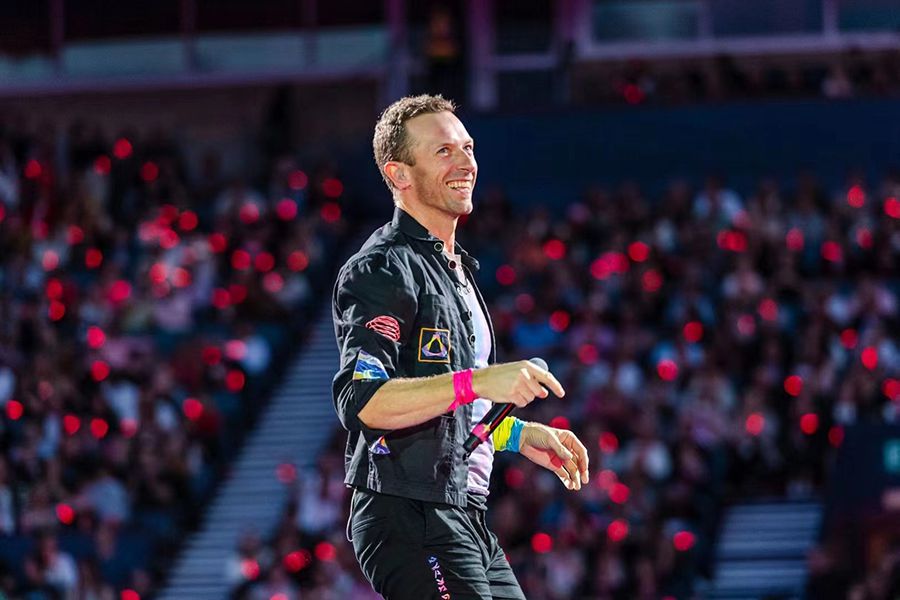 The tour started in Costa Rica's Estadio Nacional on 18 March 2022 and was met with widespread acclaim from music critics, who praised their stage presence and joyful performance, concluding the shows were "triumphant", "immersive" and "intimate". 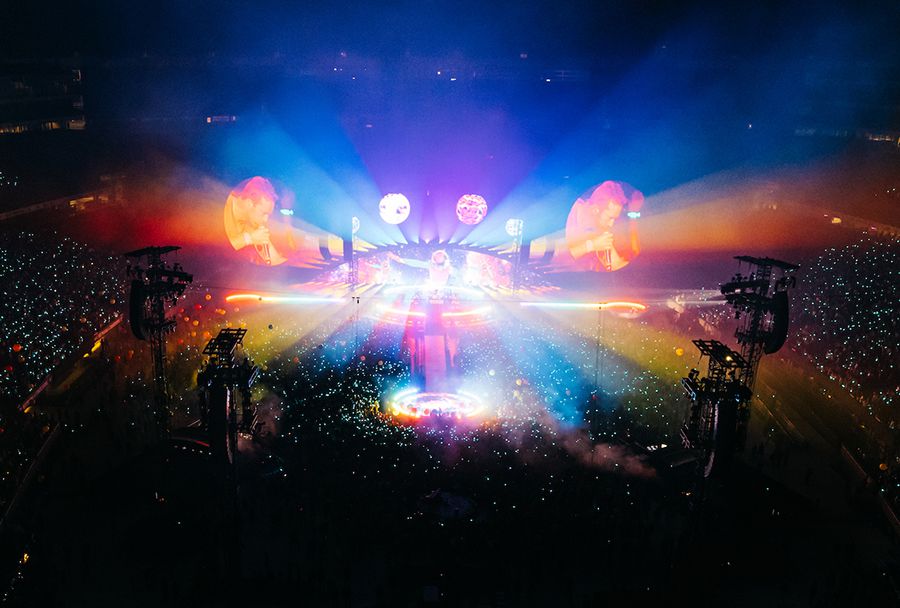 "The brief was to create a universe of its own," explains Misty Buckley, the production designer and co-creative director [with Phil Harvey], of Coldplay's Music of the Spheres Tour. "The band didn't want a roof over the stage," said lighting designer Sooner Routhier. "Obviously, this makes any sort of truss configuration very difficult to achieve. We had to think outside of the box, literally." Ample floor lighting positions are taken into consideration, and the audio delay towers also serve as audience lighting/followspot positions. 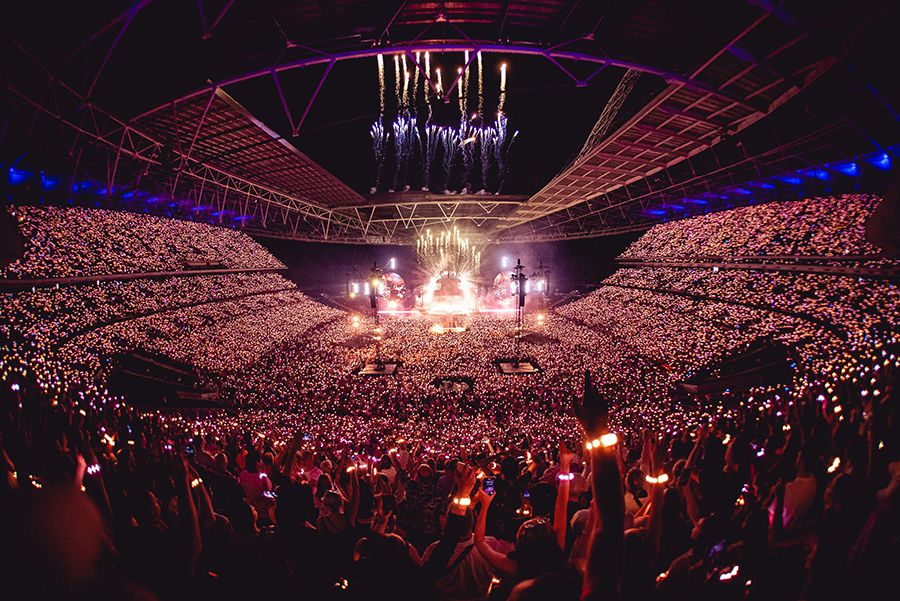 The delay tower’s lighting rig included ACME THUNDERBOLT, a powerful, full-color, 4-in-1 RGBW LED strobe, delivering an incredible 50,000 lumens with super-fast strobing performance. "Almost footcandles from the towers in the rig to the far reaches of the stage." 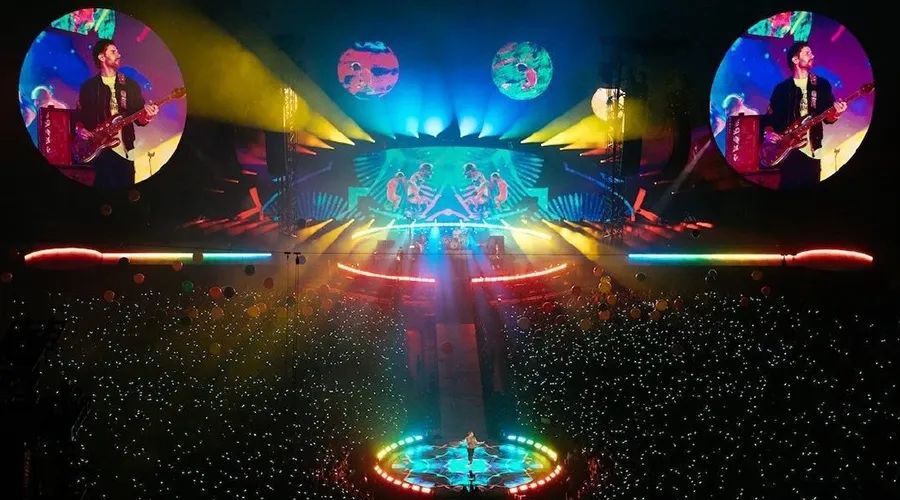 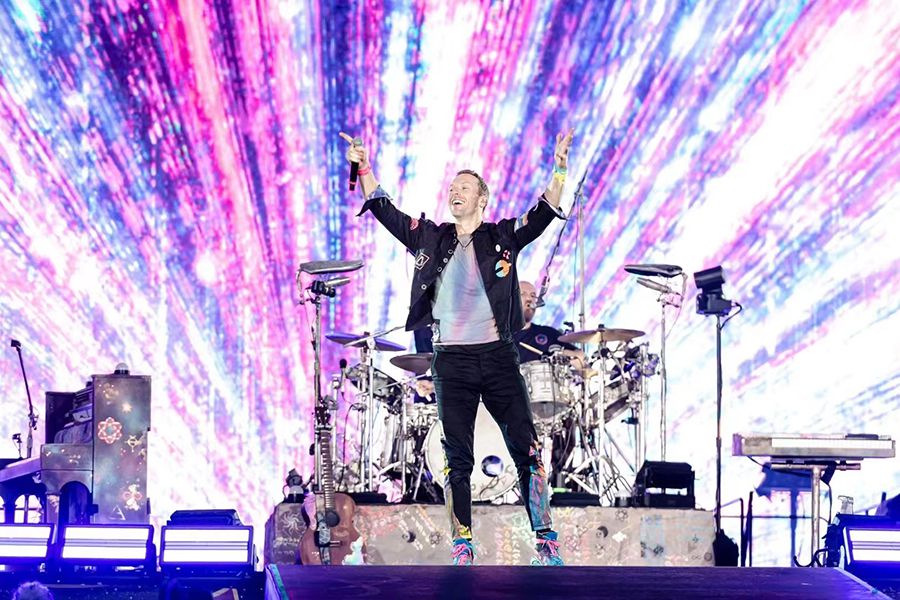 The production also had 38x ACME newcomer PIXEL LINE IP. "This extremely bright, but low-profile, batten fixture lines the upstage edge of the satellite stages, as well as the walkway between the main stage and these two positions," notes lighting director Shaheem Litchmore. Equipped with 672 x 0.5W RGB LEDs and a masterly 112 x 3W Cold White strobe tube hiding in between the majority RGB layout, it provides a perfect way to avoid "empty black holes" during the color chasing and a new eye-catching strobing layer to express its art. What’s more, its RGB LEDs can be divided into 32 sections while the Color White LEDs are divided into 16 sections, a lot of creative programming from LDs can be big fun! 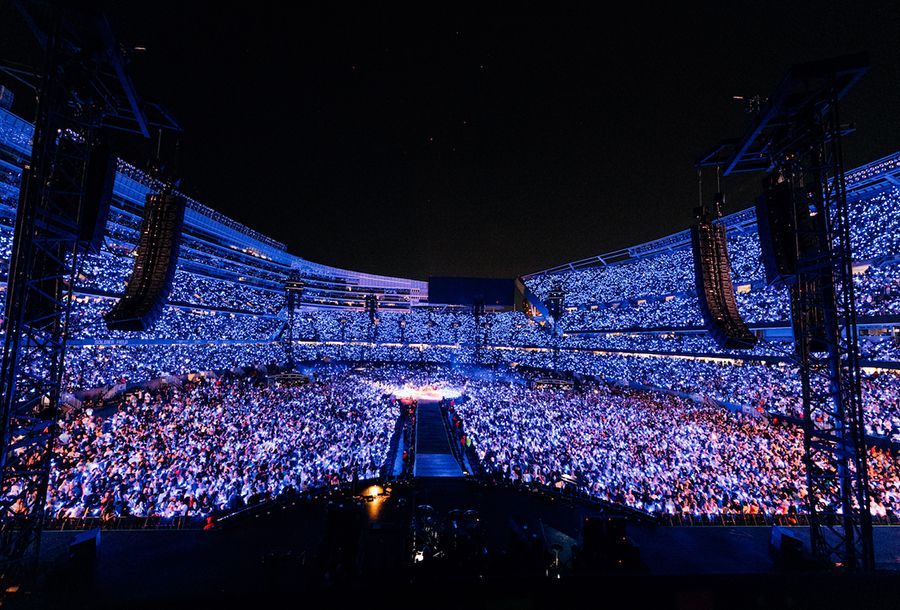 "In some moments, the Pixel Line IPs are used as a scenic element, showing off the incredible architecture of our stage. At other times, we were able to create powerful pixel effects that complemented the stage’s Strike Ms." 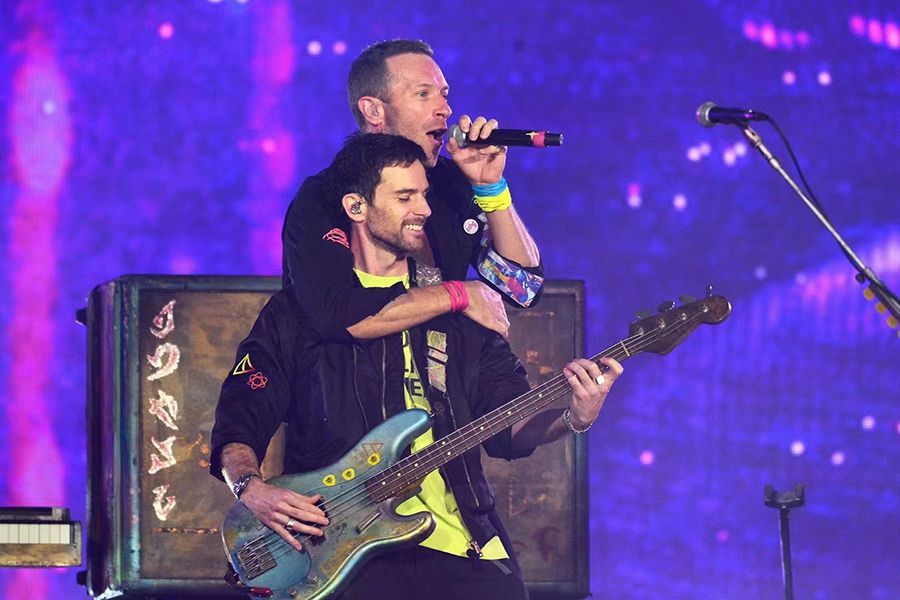 Some netizens said that their songs rarely have profound philosophy, also rarely lonely pain, but with abstract poetic language, lead people to the world of beauty, and convey happiness and sincere feelings.